After a camera has been added to Orchid Core VMS, settings such as the stream resolution and frame rate can be updated through the camera stream’s configuration. While this is true for most cameras, cameras added using the RTSP driver (old cameras and cameras that don’t support ONVIF) cannot be edited through Orchid Core VMS. You will need to access those cameras directly to edit settings. (Refer to the camera manufacturer’s documentation for more details.) 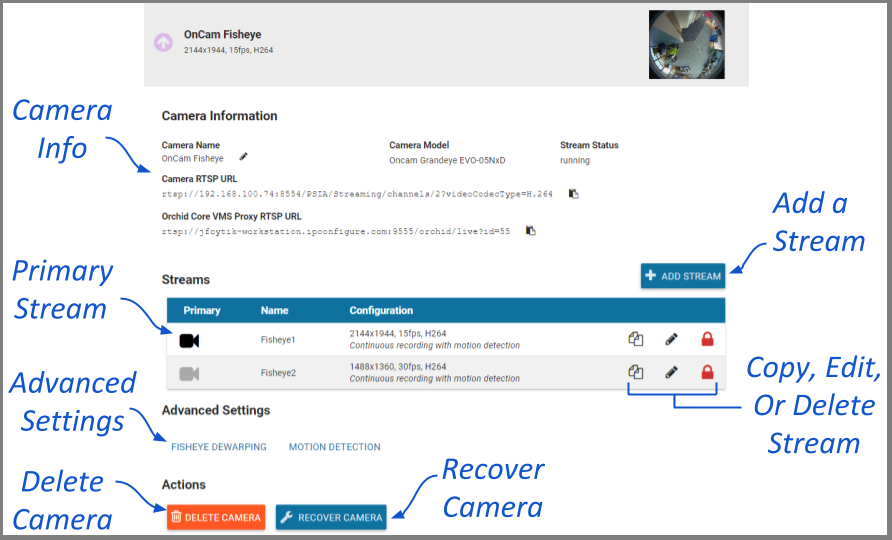 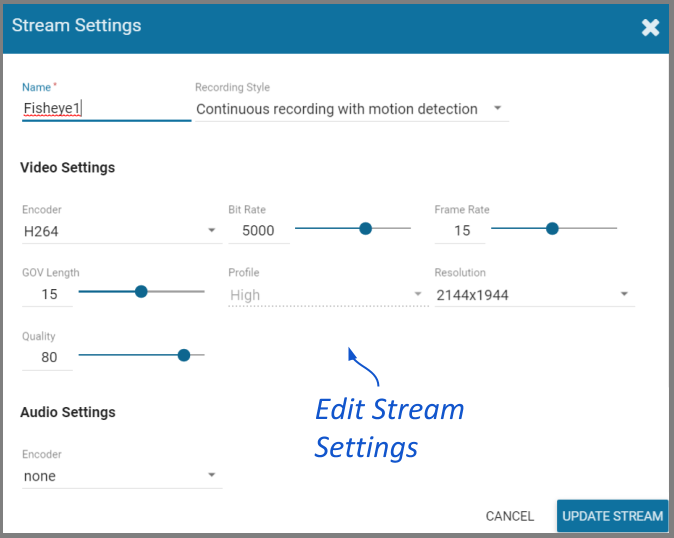 Orchid Core VMS offers five different recording styles. Refer to the descriptions below (and the table that follows) before making your selection. 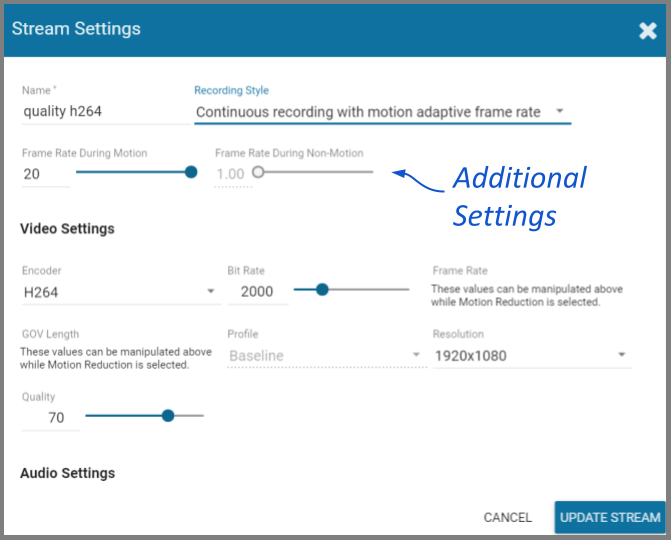 Audio Settings (if supported)
Beginning in Orchid Core VMS version 2.8, audio control is no longer supported at the Player/Stage level. However, the Orchid Core VMS server is still recording audio for those cameras that support it, and this audio will be available in exported video files. Future versions of Orchid Core VMS will support audio over WebRTC.

These Audio Settings will appear on the screen only if the camera supports audio and will determine how the Orchid server records the audio. Each camera type reports its own default settings. Use those default values unless otherwise noted.

Thanks for your feedback.